We are a community of Discalced Carmelites of the Blessed Virgin of Mount Carmel.

Our life and mission

We live a contemplative way of life in the papal enclosure. Our mission is to pray and sacrifice for the intentions of the Church and the whole World and for the salvation of all people. People can ask us for an intercessory prayer to support their intentions.

Our Order was founded during the 12th century on Mount Carmel in Israel and was reformed during 16th century by St. Theresa of Avila in Spain.

Our Community, Carmel of St. Joseph in Prague, was founded in the 17th century by the Servant of God, Mother Mary Electa of Christ.Over the centuries, the community changed its location several times. At the beginning resided at Malá strana (Lesser Town) at the Church of St. Joseph (1656–1782), during the rule of emperor Joseph II the nuns exiled to the village Pohled next to Havlíčkův Brod (1782–1792) and then they were relocated to originally Barnabites monastery at Hradčany square in Prague with Church of St. Benedict (1792–1950). Under the Communist regime, the nuns were first dispersed in various places of the Czech Republic and lately interned in Jiřetín pod Jedlovou (1950–1991). After the Velvet Revolution (1989), the community regain the monastery buildings at Hradčany square in the first wave of restitution (1991–2019).

In 2005, the community decided to search for a better place to live. In 2018 we bought a former farm in Drasty, Prague-East region.

In the end of 2019 we are planning to move to our temporary living in Drasty and we will hand over the monastery with the church at Hradčany square to our brothers, discalced Carmelites.

More information about our community can be found at: https://bosekarmelitky.cz 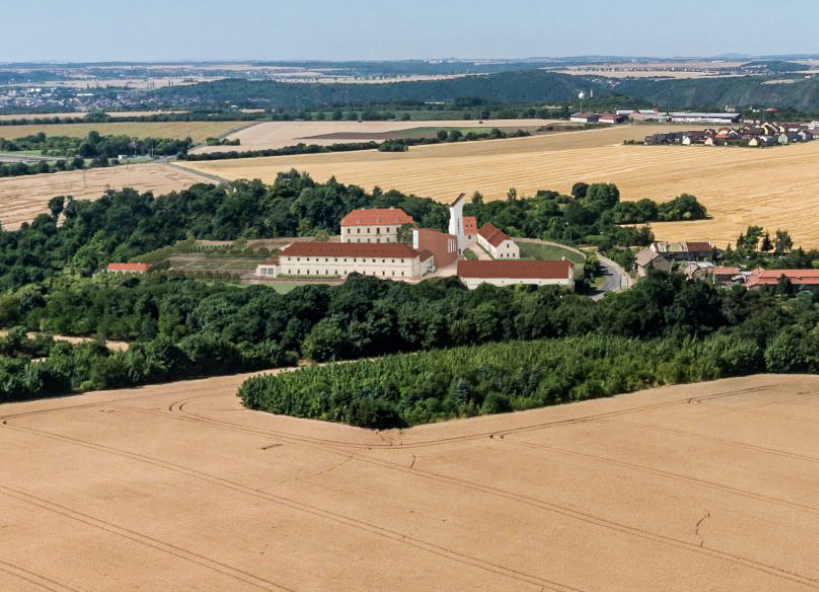